Irritable bowel syndrome or IBS is a common problem of the digestive system that causes painful inflammation of the digestive organs resulting in either severe forms of constipation or diarrhea or both. There is no permanent cure for IBS but it can be controlled by making dietary and lifestyle changes.

For people suffering from IBS, herbs can offer immense relief and also keep the condition well under control. Let us look at some of the herbs that are effective for treating IBS and its symptoms.

Peppermint oil has proven to be extremely effective in the treatment of IBS and has the approval of American College of Gastroenterology for the same. The herb is known to alleviate abdominal cramping as a result of the condition. Application of the oil on the muscles helps in relaxation of the gut thereby reducing the intensity of the muscular cramping.

Slippery elm has long been in use by the Native Americans to treat many physical conditions particularly those that cause severe pain. The herb is used for treating digestive system as well if a person experiences irritation in the abdomen.

Slippery elm forms a calming coating over the organs of the digestive system especially the intestines. The herb is also a rich source of fiber that adds bulk to the stool and helps in its easy movements through the bowels. Drink 3-4 cups of tea prepared using elm.

Amalaki is a native of Asia and it is the fruit that is believed to help with the treatment of irritable bowel syndrome. The herb acts on the digestive system and improves the digestion of the food that helps relieve constipation, one of the most dreaded symptoms of IBS.

The herb’s mildly laxative nature contributes to the treatment of the condition. Mix the herbal powder with yogurt and have it each night before going to bed.

Triphala is not an herb but rather a preparation of three healthy and beneficial herbs and is used in the treatment of many ailments including those of the digestive system. The herbal preparation is often given to people suffering from heartburn because it aids proper and complete digestion of food.

The three herbs used in Tripahala are haritaki, amalaki and bibhataki. Triphala is also a good laxative and eases the bowel movements by softening the stools. The herbal powder should be added to your soups, salds and even tea.

Chamomile tea is known to have soothing effect on the irritated and inflamed gut and the mild laxative properties of the herb are known to help with the treatment of IBS by stimulating easy bowel movements. Drink 3 cups of the herbal tea every day.

Aloe vera juice is known to help with digestion of food and to relieve constipation. But not many studies have been undertaken to study the effects of the herb in the treatment of IBS. However, herbalists swear by aloe vera juice for treating IBS and many people claim that their IBS symptoms were relieved due to regular use of the herbal juice. One glass o aloe vera juice is recommnded every morning. 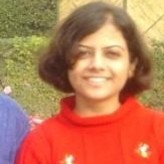