Gangrene is a dreadful condition when an area of the body simply dies due to lack of supply of blood or due to a bacterial infection. Most often the extremities like fingers, toes and limbs get affected. It can turn fatal in some cases. So it is very important that early signs are detected quickly for the least damage.

The first type, dry gangrene, is said to have set in when the blood flow through the arteries become slow and the tissue gradually dies out due to less supply of blood. In wet gangrene or moist gangrene, the condition is caused by infection of an untreated wound and increase bacterial activity due to lack of blood supply.

The third type, the gas gangrene, is actually a type of wet gangrene where the bacteria Clostridia invade the area and produce gas bubbles in the tissue along with toxins. Internal gangrene is caused by stoppage of blood supply to any of the internal organs.

Basically, gangrene is caused by lack of blood supply to the tissues or by infection.

Blood carries the vital nutrients as well as oxygen to the cells of the body. The cells develop and sustain on these. Thus, when such supply gets reduced or gets cut off, it is very natural that the cells will start dying. Similarly, blood contains the white blood cells and the thymus or T-cells which fight infections. Reduced or stopped blood flow also means absence of the two and that allows infection of the tissues which leads to gangrene.

Gangrene can also be fallout of several diseases of chronic nature like diabetes, arteriosclerosis, Raynard’s Disease, etc. that actually interfere with the blood supply. Smoking can also reduce blood flow to the tissues.

This is one of the causes of gangrene that can affect an apparently healthy person. Traumatic injury causes sudden stoppage or loss of blood supply to a region. This proves to be a breeding ground for bacteria if they somehow infect the area. Once they infect, the patient develops gangrene. In fact, almost a half of the cases of wet gangrene occur from such injuries. So injuries occurring due to accidents, injuries that crush tissues, frostbites, burns, etc. can become fatal and should be specially cared for.

Though it may sound unnatural, almost 40 percent of the cases of wet gangrene result from infection developed during surgery. But the good thing is that they are controlled almost immediately.

A person contacting gangrene through an open wound is generally rare though it cannot be ruled out. Generally the immunity system takes care of such small invasions. But some people may get it if their immunity system is already weak. So people suffering from conditions like drug abuse, kidney failure,

The symptoms of gangrene also depend on the type of gangrene that a person has been affected with.

The early symptom is appearance of a thin red border along the edges of the affected area. To feel the area will be numb and cold. Pain may be experienced as the tissue dies. The color changes from red to brown and finally to black before shriveling and separating from the healthy tissues.

In this condition the first sign is swelling. Usually such swelling is accompanied by pain and skin coloration changes from red to brown and black. Foul smelling pus develops at the spot. Fever of over 100°F is also seen.

Symptoms of Internal and Gas Gangrene

Treatment of gangrene is generally done by administering antibiotics and through surgery. Another type of treatment called hyperbaric oxygen therapy is also used these days.

Antibiotics are always used for treatment of gangrene, whether surgery is required or not. Sometimes when the gangrene gets severely infected antibiotics are administered intravenously for faster and effective results.

Most of the times this is the only way to treat gangrene. The surgeon generally removes the affected tissues to leave behind the healthy tissues. This stops the spread of the disease as well as allows the wound to heal itself. In some cases, if there is a chance, the surgeon may also repair the damaged blood vessels. Sometimes skin grafting is necessary for restoring the affected area. Also, surgical removal of the affected portion is needed in some cases. This is called amputation and is generally seen in cases of affected fingers, toes and limbs.

This is used for treatment of gas gangrene. The patient is placed in a special chamber where only pure oxygen is pumped in and the pressure is generally increased to about two to two-and-a-half times the normal atmospheric pressure. This enables more oxygen to flow into the blood vessels and increased supply of oxygen helps to prevent or slow down the growth of the bacteria which thrives in oxygen-less conditions. As a result the spread of gangrene is stopped.

There are several factors that may lead to gangrene.

1. Old Age – since age affects various activities of the body including blood flow, gangrene may set in easily in elderly people.

2. Diabetes –high blood sugar levels can damage blood vessels which in turn can reduce flow of blood to the extremities. This can be a favorable cause for gangrene.

3. Injury or surgery – this is a factor that is the commonest cause of all gangrene cases. So extra care should be taken to protect such damages to the tissue.

4. Obesity – this is often related to a host of diseases that lead to reduced blood flow and make a person vulnerable to gangrene.

5. Smoking and Alcohol Intake – both of these have a tendency to affect the blood flow either by blockage or high blood pressure. So those involved in these can be vulnerable too.

6. Lowering of Immunity – this can happen to people who are under immunosuppressive therapy or are suffering from conditions like AIDS. In these cases they can get infected easily. 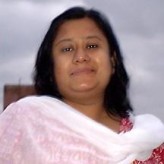